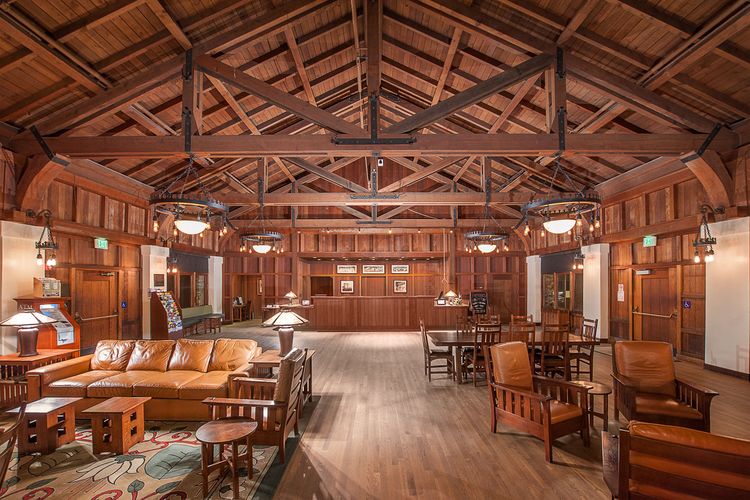 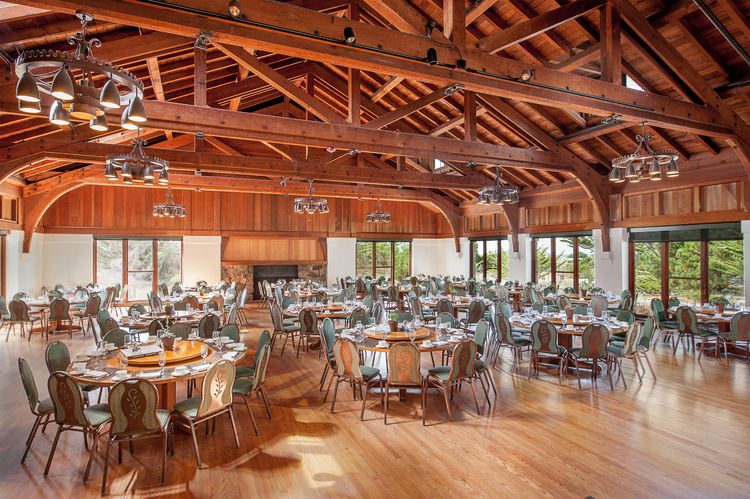 In this building, Page & Turnbull removed alterations that were not agreeable to the original design and restored the configuration of spaces in the building to be as close as possible to Morgan’s original layout, while improving its functionality. Restoring the Registration Area and rebuilding the hall’s historic Tearoom returned a sense of harmony and order to the Social Hall. In replacing the non-original existing flooring in the Social Hall, the size and grain pattern were matched to the original oak strip floors. Highlighting the ceiling structure and illuminating the room’s beautiful redwood trusses are replicas of the original wall sconces and historical chandeliers produced with a lighting manufacturer. Stains and varnishes were tested on the new redwood boards in the walls and, where possible, many of the existing boards were reused and salvaged.

In this building, a visual connection was created between the historic dining hall and the servery, and the building’s commercial kitchen was completely renovated.

The Pacific Grove retreat was originally designed by Julia Morgan, the first female architect to be licensed in the State of California. The grounds were founded by the YWCA as a young women’s leadership summer camp in 1913 and has been part of the California State Parks system since 1956. A National Historical Landmark, the 100-year-old site features the largest collection of buildings designed by architect Julia Morgan, who embraced the Arts and Crafts Movement.

You can learn more and book a room at Asilomar online.